As those at Stephen Einhorn will attest, I spend most of my free time creeping around in the undergrowth or wading through the flooded reed beds of East Anglia, clutching an array of bird watching optics and wildlife identification guides. There is always something amazing to discover and you... 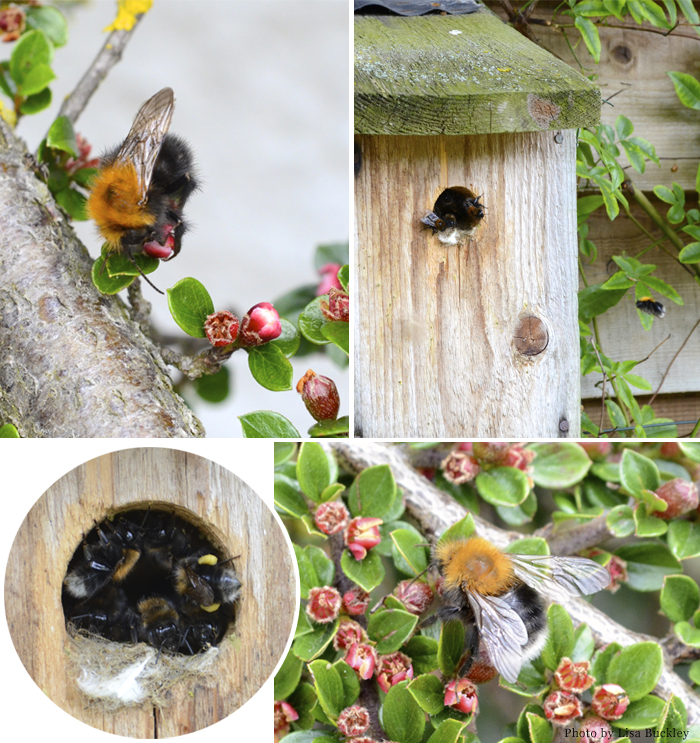 As those at Stephen Einhorn will attest, I spend most of my free time creeping around in the undergrowth or wading through the flooded reed beds of East Anglia, clutching an array of bird watching optics and wildlife identification guides. There is always something amazing to discover and you don’t have to go far. This we were to discover last week, when a new colony of bees was spotted at home in one of the bird nest boxes. 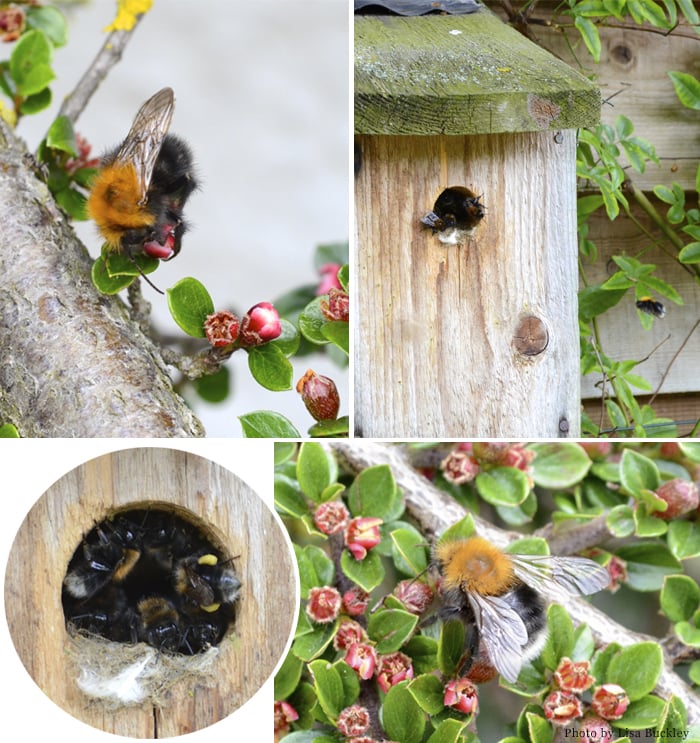 Bees in a nest box is unusual, but a dancing swarm outside the nest box hole is even more unusual and when my other half came to tell me what he’d spotted I started jumping up and down (literally) with excitement as I knew exactly what they were. Grabbing the camera I fled out of the door. The Tree Bee (Bombus Hypnorum) is a relative newcomer to the UK, the first recording being in Wiltshire in 2001. The Bee now covers most of England and Wales and it is suspected that the reason for its lightening fast spread is down to its penchant for the manmade garden bird box.

It has very distinctive colouring with a white tip to the abdomen, a rust coloured thorax often sporting a bald patch, and a black head. The first thing that you will notice if you are lucky enough to play host to a colony is the surveillance flight that the drones perform just in front of the nest hole. This begins normally just after dawn and carries on all day until just after dusk. It can be pretty impressive with as many as 25+ bees all ‘dancing’ in the air. This isn’t just clever choreography though, if you watch they all fly facing the nest and they are actually waiting for the chance emergence of a virgin queen.

If a virgin queen does leave the nest a drone will fly into her and they will literally crash to the ground whilst they mate. This happened right over my head whilst I was stuck to the camera lens and the clatter of wings was impressive. Unfortunately, this time they were too fast for me to capture on film. 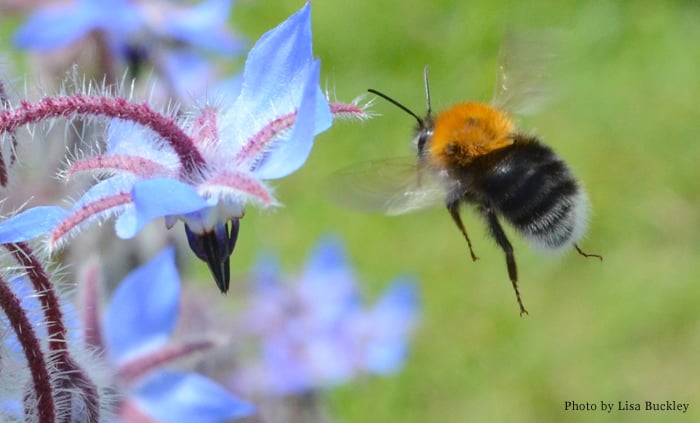 This activity occurs mainly in late spring/early summer and will last a few weeks. Tree bees are very hard workers and I’m delighted to discover that their favourite flowers include blackcurrant, raspberry, gooseberry and apple, which are all things I lovingly cultivate in my spare time. They also seem extremely partial to a bit of Cotoneaster.

It’s the female workers that do all of the foraging and if you watch the swarm outside the nest you will see the occasional worker darting in or out through the dancing drones. Beware though as this species is known to demonstrate a pretty explosive line of defence if you accidentally subject their nest to sudden vibration. It’s pretty much guaranteed that you will need to jump into the nearest pond if you manage to upset them

Colonies can reach up to 300-400 strong but the majority are smaller than this. I doubt our visitors will be able to achieve quite that number inside the confines of a Blue Tit nest box; it might be a bit cramped for space.

At the end of the colony cycle, once all the virgin queens have left, the drones fly off to live a solitary life for a number of weeks. The rest of the colony will naturally die off. The mated queens then spend time building up their reserves and eventually find somewhere to hibernate for the winter, emerging in the spring to start the cycle once more.

If you are interested in finding out more about Tree Bees or any of our other British species then I can recommend the Bumble Bee Conservation Trust website, this resource was a great help to me researching my new find.

To report a sighting of Tree Bumblebees please visit The Bee, Wasp and Ant Recording Society.

If you are already a keen fan of the furry flying machine you might also like to see the terrific new bumblebee ring and earrings that are available to buy online or at our London jewellery shop.

Stephen Einhorn Jewellery in The xx’s ‘I Dare You’ Video

We love these shots of our extra large Twistio hoop earrings on British actress Karla Crome in the...

Our Men’s Jewellery in Spectrum Magazine!

We love these shots (well some of us do – we have a beard love VS. beard disdain division at...

We love this chaps distinguished style and his three-piece wool winter suit. The only thing...